PARTY ANIMAL is a Short Christmas-themed comedy Directed by Olivia Parkinson & Alexander Nijhoff. Shot on Location in Merseyside, England in Early January 2017 with a team of 12 (six Cast & six Crew), the film is Olivia Parkinson's directorial debut and first collaboration with Alexander Nijhoff who previously directed and edited the surreal existential short film Of the Beholder. The Crew consisted of First Year Westminster Film School students, whom for most of the crew, was their first time on a professional film set practicing in an industry-standard convention with professional actors.

The film takes place at a family Christmas party, where Finley, our lead character played by Michael Oku, has his first meeting with his new in-laws which turns from awkward to disastrous when he accidentally kills their pet dog at a Christmas party. It's humorous, light-hearted and the perfect treat to settle you down.

As a Production, we realised the importance of crowdfunding right from when the idea was first conceived. The film's premise was brought to the attention of Louis Holder, Producer, who planned and executed the shoot along with a fantastically enthusiastic Cast & Crew and worked to raise funds for the film through popular Crowdfunding site - Indiegogo. You can click to see our campaign here, and find out more.

Through a number of 'Direct' communication methods such as contacting family & friends, and execution of a cross-platform social media campaign, we were able to raise a 124% of our £500 goal which gave us £625, which was well achieved in the time allocated. Although this is low-budget for a short film, we were enamoured with the level of high-end production value through the equipment that Westminster Film School generously let us use as students there, combined with our various levels of experience and industry experience in different crafts.

Pre-Production
Pre-Production involved getting our Casting Director, Melina Namdar, onboard at a very early stage to ensure the Director and Casting Panel were well informed about the process of Casting as this had been a first attempt for some and also for using notable websites such as StarNow and Casting Call Pro to source a shortlist for actors who would then come into audition for us at University of Westminster's Wells Street Campus in Soho.

After an intense day of Auditions, we came down to the deliberation process which saw the team narrow down their roster of candidates who attended, to six actors for the six parts we had; which gave us our excellent cast - Michael Oku (Finley), Laura Brailsford (Rachel), Jason Imlach (Ethan), Blu Hardy (Hannah), Heather Carter-Drake (Jill) and Freddie Merrydown (Albert).

​In Early December, Melina, Olivia and Alex worked with the Actors in Harrow for a 3-day Rehearsal & Screentest Period. There were breaks between the rehearsal days so they weren't on consecutive occasions which allowed time for the actors to practice and improve on their performances. The Screen Test allowed for Director of Photography Cezar Tatarau to practice camera movement in relation to actors' positions and experimented using the Steadicam with which we used to shoot segments of Party Animal on. 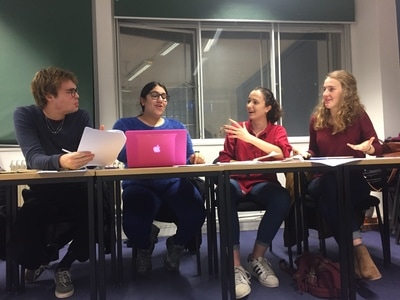 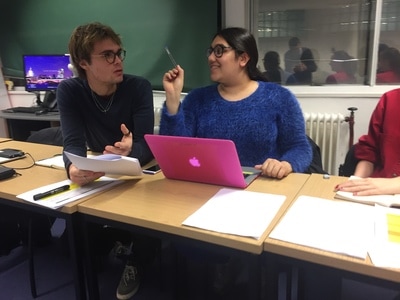 Production
The Principal Photographic Period of Party Animal (Thursday 12th - Monday 16th January) was well thought out and took into account transportation time between London and Liverpool, preparing the set, settling the actors, as well as packing down and returning back to London after shooting. There was an extensive amount of film equipment used for the shoot including; Arri Studio Lights, Dedo Lights and extensive cabling, the Canon C100 with Lens Kit, and lots of equipment relating to Camera/Lighting and DIT - the sheer volume of equipment was something that was handled very well, and what would normally be expected to be loaded on a van but was instead loaded quick but carefully on the train.

Upon arrival in Liverpool, crew assembled all equipment off the train with Cast who were then taken to their hotel whilst the crew continued onwards to our location in Formby, Merseyside.
Post Production
The film was edited by Olivia Parkinson and is currently being edited.